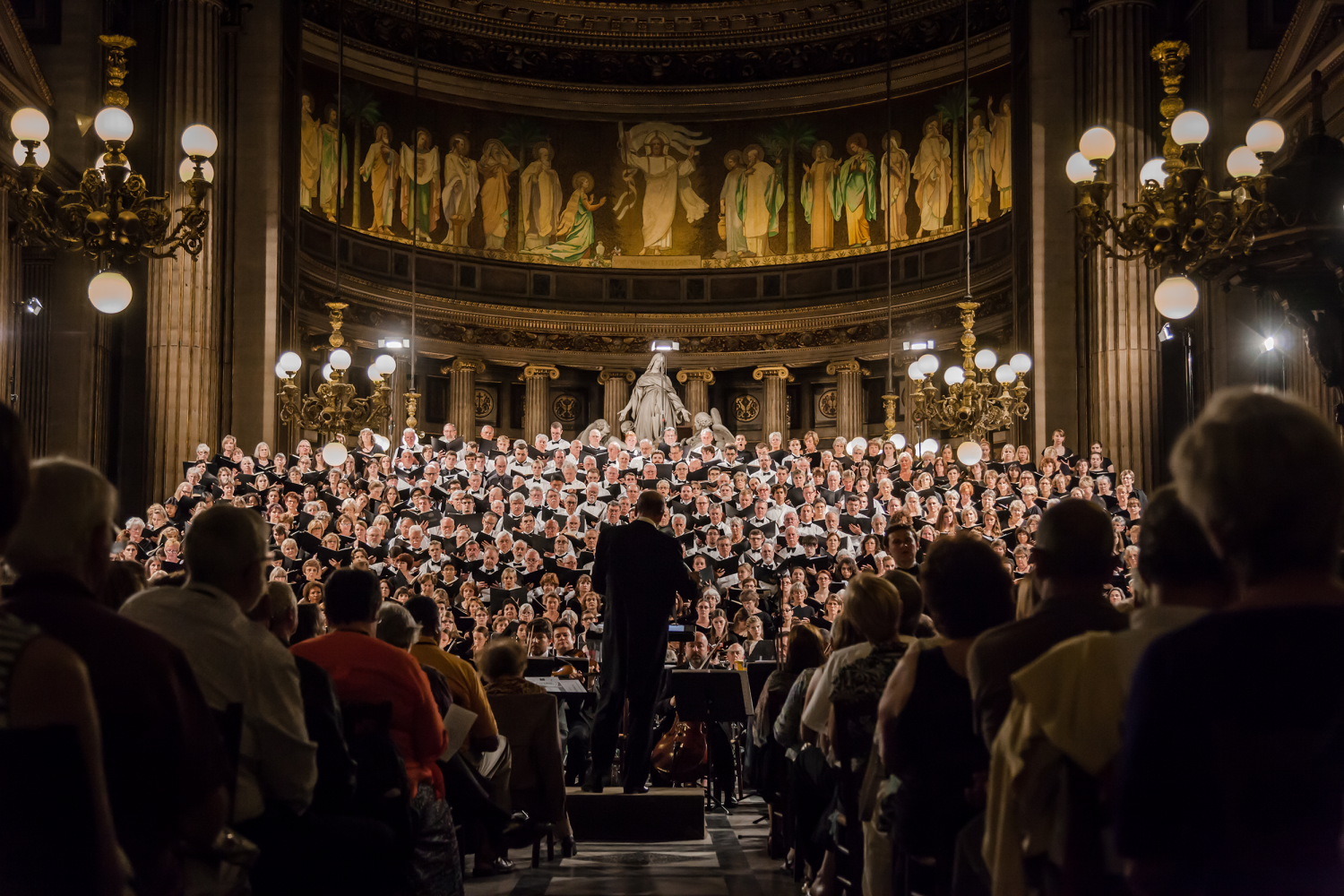 In 1994, Music Celebrations International, partnering with the United States Department of Defense and Department of the Interior, was recognized as the official tour operator to bring performing ensembles from the United States to France to commemorate the 50th Anniversary of D-Day and the Liberation of France. MCI clients performed for WWII Veterans on June 6th at the American Cemetery in Coleville, Normandy. In 2004 and 2014, MCI organized significant tours and events to commemorate the 60th and 70th anniversaries.

To continue this celebration of the centuries-old Franco-American friendship, and to commemorate another milestone anniversary, Music Celebrations International is pleased to announce the Paris Choral Festival taking place on July 2-9, 2019 (75th Anniversary of D-Day and the Liberation of France) under the artistic direction of Dr. Gary Schwartzhoff.

Prior to the finale performance, choirs will journey to nearby Normandy for an Independence Day choral remembrance and wreath-laying at the Normandy American Cemetery and Memorial – site of the June 6th, 1944 Allied Invasion.

The festival will feature works by Dan Forrest, Fauré, and more to honor the occasion, culminating in a grand musical commemoration for the heroes that fought for freedom during the world’s greatest invasion. 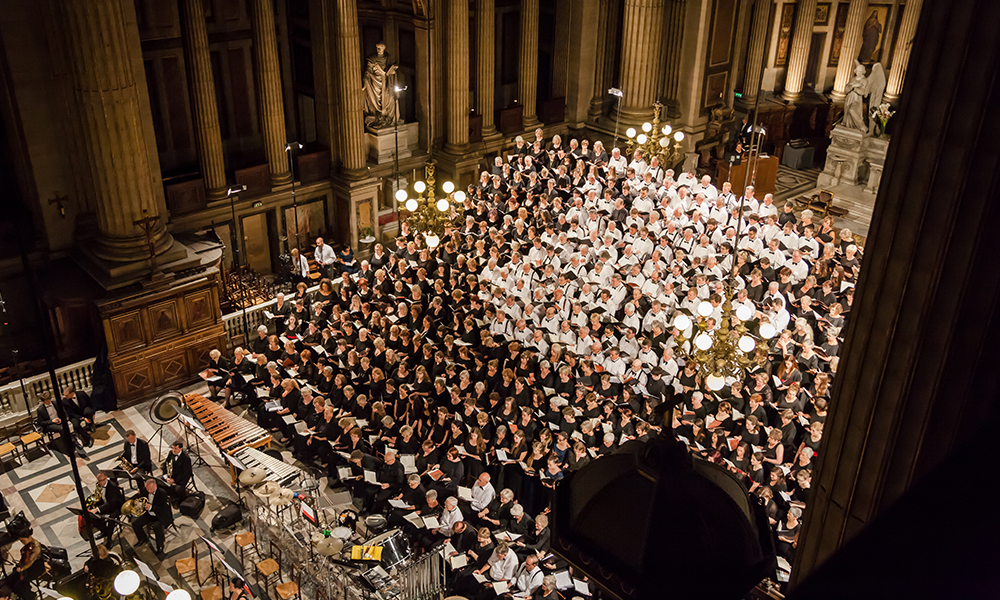 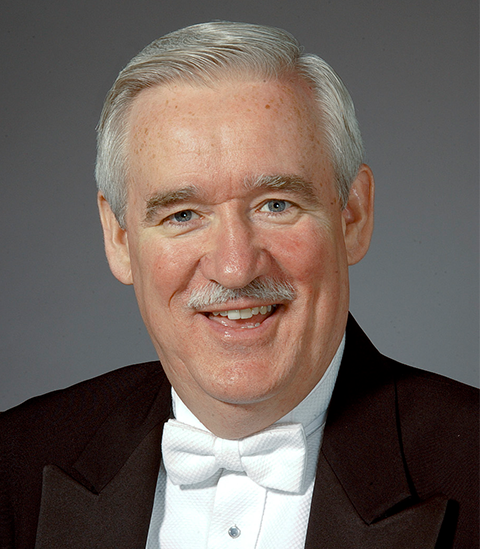 In 2017-2018, Schwartzhoff marks his forty-fourth year as a music educator. He has been active throughout his professional career in the American Choral Directors Association (ACDA) and Intercollegiate Male Choruses (IMC). In ACDA, he served as President of the North Central Division from 1992-94 and served as a member of the IMC Executive Board from 1993-2016. The Wisconsin Choral Directors Association (WCDA) presented him the Outstanding Church Musician Award in 2007 and the Morris Hayes Award for lifetime achievement in the choral art in 2010. Schwartzhoff has presented choirs on over thirty conventions before the state, divisional and national levels of ACDA, IMC and the National Association for Music Education (NAfME). Schwartzhoff has conducted national choral festivals honoring former Presidents of the United States in Washington D.C. in 2009 (Lincoln), 2013 (JFK) and 2016 (FDR). In 2018, Schwartzhoff will be presented the Marshall Bartholomew Award by IMC in Washington D.C. The award is in honor of conductors who have made significant contributions to the field of male chorus music. In 2019, Schwartzhoff will conduct the 75th Anniversary of D-Day and the Liberation of France Choral Festival in Paris, France.

Schwartzhoff conducts The Master Singers in Eau Claire and serves as Director of Music at the First Congregational United Church of Christ in Eau Claire, where he conducts the Chancel Choir. Gary is married to Nancy Schwartzhoff and they have two daughters, Jenifer Morgan (Jerry), and Rebecca Johnson (Andy), and grandchildren Brady, Alex, Anna, Emma, and Clare. 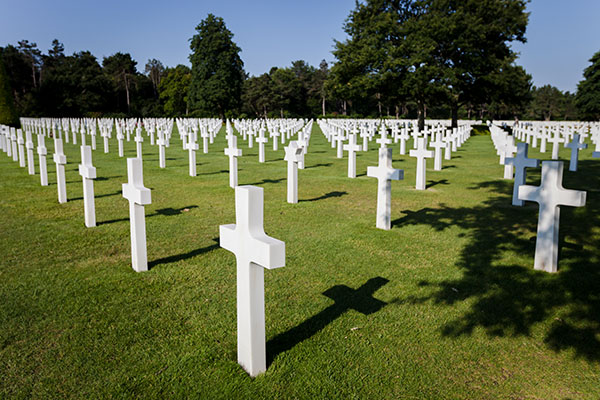 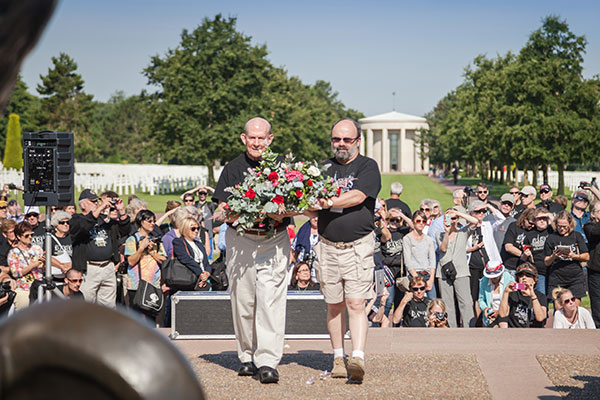 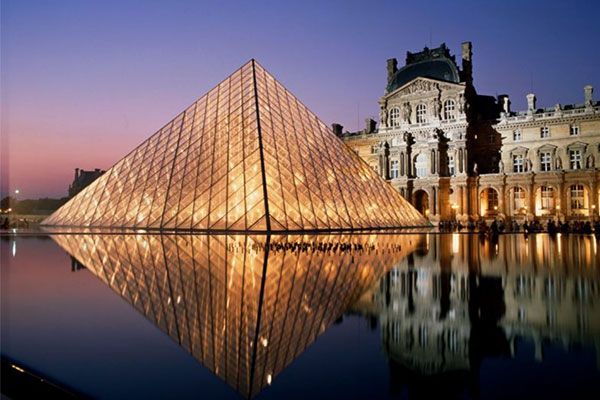